There’s a lot of excitement around the all-new upcoming 2021 Toyota Mirai. What’s interesting is that word means future.

When this first-generation came out, it really was something and mind-blowing. A hydrogen power car from Toyota is going in a slightly different direction than some of the other manufacturers. 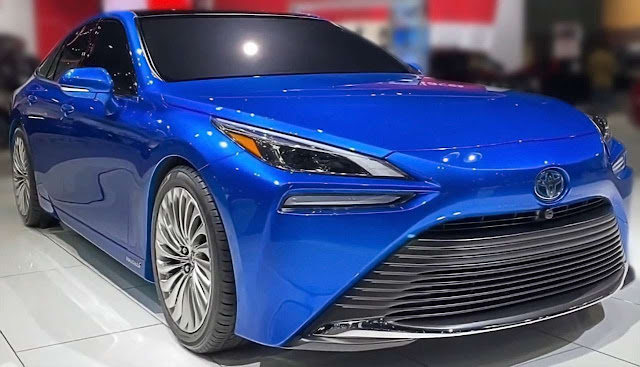 At the famous Auto Show, there’s a lot of talk about EV and whatnot. Toyota is saying that with this car, they’ve extended the range. With hydrogen, you’re able to refill it in about five minutes.

If you could believe the wonderful thing is new Toyota Mirai really hit the nail on the head when it comes to styling.

If you remember, the initial generation was slightly unusual looking. It had some uncommon angles appearance like an art scheme.

But definitely, the all-new second-generation really shows the direction that Toyota is going in by taking some of that sister brand, the Lexus, and bringing that style into their brand.

The all-new 2021 Toyota Mirai restyled the front end of the car. We really think about how Toyota took the emblem and put it into the front fascia area is fantastic. 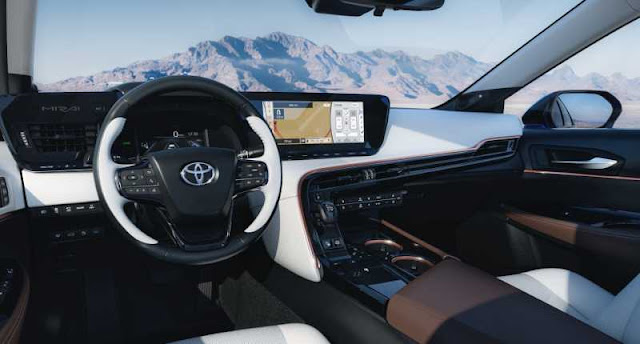 You’ll like the little bit of the chrome trim that they bring across the bumper.

One of our favorite parts is how they’re doing the headlight design. So, of course, you have full-LED daytime running lamps and your second set of lighting.

But it really gives a nice distinctive look to the car. You’ll see an exciting body line that will help give it a lot of character on the hood.

Definitely, the styling points are spot-on. 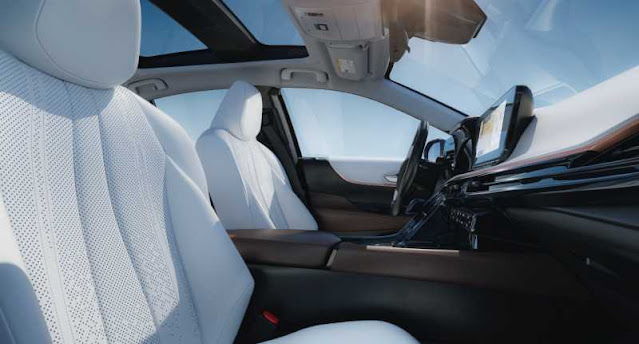 Around the bends, we like the way it all flows. It has a lovely directional pattern to it.

Around the corner, the lights seem really slim. The fender has a beautiful style, and you got 20-inch wheels with a superior design. 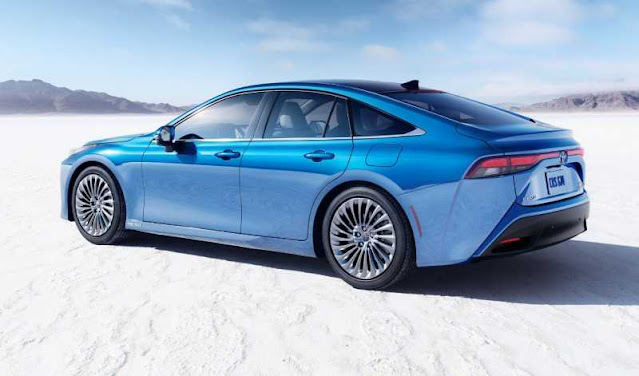 The blue and wheel’s design combination sets it apart, and it’s definitely getting a lot of attention.

On the side, you have a little bit of fuel cell badging down. There’s nothing too gaudy or gonna kill the overall lines of the car.

The proportions are spot-on for what people are going to when they want that nice family-sized sedan.

Up top, you have actually two areas for lighting, and the beltline up top very prominent.

We like the lower sill, it’s nice and tidy.

On the back, the rear quarter window has an excellent long shape. The way Toyota took the trim and kind of extended it all the way to that rear pillar is smart.

When you go from the front to the back of the car, Toyota hit the nail on the head with the design elements. 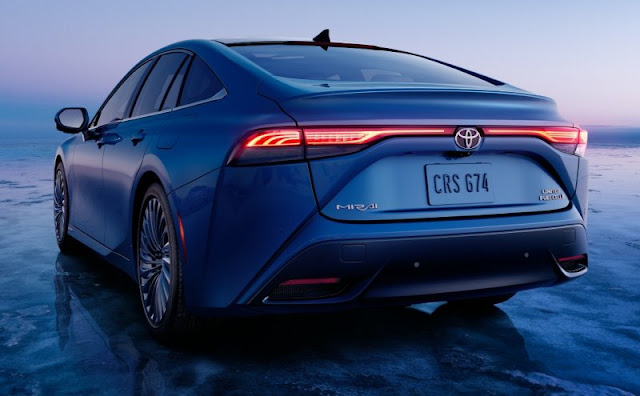 It’s very slim with a taillight design and a full LED. The fuel cell badging placement is very lovely, and the rear set up is excellent with clean underneath.

So if you wanna get the benefits of hydrogen power, ensure Toyota Mirai is on your list. Also, the second generation is merely making the car beautiful.

Toyota will surely be considering styling from this incredible car and realizing it into other types to make an excellent cohesive stigma behind it.