Ferrari History You Need To Know

Facebook Twitter
Enzo Ferrari was born in 1898, and between wars, he first drove a Ferrari and then ran a racing team for the Alfa Romeo company. Subsequently, in 1939 he decided to establish his own company in Modena. However, it was late in 1946 before the beginning Ferrari, 125S, appeared.

He started racing in 1947, precisely in May and managed to score his first win at the end of the month. His success was inseparable from the 1,498 cc Colombo V12 engine, which later developed to 1,903 ccs (in Tipo 159) and later 1,995 ccs (in Tipo 166) to meet the requirements in the changing Formula 2 regulations. The formula I cars first emerged in 1948 in a supercharged variant from a 1,500 ccs engine. The vehicle comes with a magnesium block and 1.6 bar boost, which produces 225 bhp at 7,000 Rpm.

All of his first cars were racing cars. Only in 1948 did Ferrari start producing the earliest road car with 166 Sport modes as the initial model. Other variants of 166 included Mille Miglia and Inter, and 92 types of 166 vehicles were built until 1953. As it was typical at that time, the bodies were made by various Italian train makers, including Farina, Ghia, Touring, and Vignale. The engine is quite varied, from 90-155bhp, and the wheelbase is from 2,160 mm to 2,620 mm.

In 1951 the car engines were bored to provide a total displacement of 2,341 ccs, with the car being 195 to indicate the transition. About 25 units were built until the end of that year, and it was followed by 212 with a 2,563 ccs engine (140 bhp with only one carburetor and 170 bhp with three carburetors). This model was manufactured until 1953 with a short wheelbase (2,250 mm) and length (2,600 mm), a total production of around 80 cars. Back in 1950, the loss of success with 1500 supercharged led to the settlement to create an equivalent ordinary aspiration assembly, and under F1 rules, it can reach 4.5 liters. This brand-new V12 was composed by Lampredi and appeared initially with a size of 3,322 ccs. 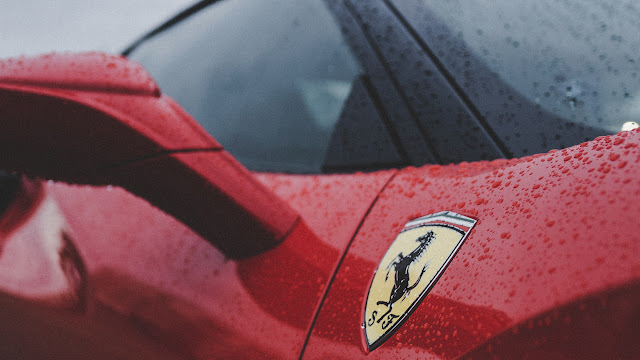 The first road vehicle with Lampredi V12 was 340 American (4102 ccs with 220 bhp) presented in 1950 at Paris Motorshow. As typical, the car body originated from multiple sources, including Touring, Ghia, Vignale, and Pinin Farina. Shortly after that, 340 Mexicans displaced the Americans with diverse carburetors (three 40DCF), and a larger compression ratio of 8:1 delivered 280 bhp. Notable weight loss also supports performance.

Lampredi or Colombo V12 powers all road cars until 1964. These engines mounted in front and running a "live rear axle." The body proceeded to be outlined and developed by various coaches for guidance until around 1960 when Pininfarina became a regular designer and Scaglietti as the chosen constructor.

The 1960s witnessed the first mid-engine Ferrari. Even with the Dino badge plus the rise of an independent rear suspension. Fiat took 50 percent of the company in 1969, the rest was bought after Enzo died in 1988.

However, Ferrari had turned to the contrary extreme in the 1980s, producing only medium-sized vehicles. Still, under Fiat instruction, the V12 front-mounted moved the rear wheels back to join the layout.