What is Electronic Fuel Injection?


Electronic Fuel Injection is a fuel spray system that works electronically controlled so that the mixture of air and fuel is always following the needs of the fuel motor. 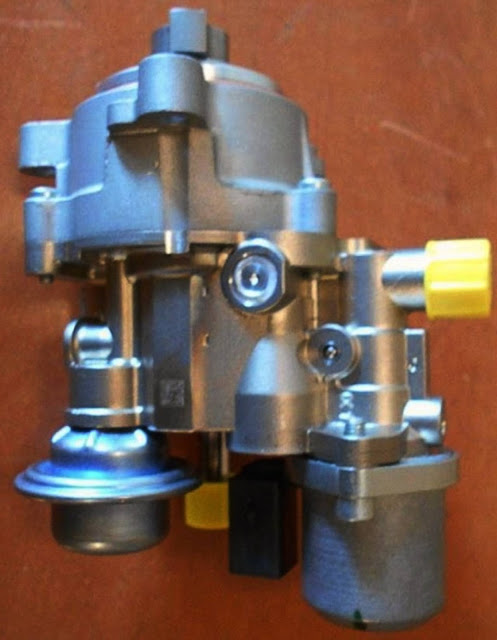 Thus the combustion process in the combustion chamber will occur perfectly to obtain optimal motor power and environmentally friendly exhaust gases. The method of fueling the ECU (Electronic Control Unit) to the injector is based on signals from sensors, such as:


The electronic fuel injection system is separated into sensors and actuators. Sensors act as providers of information about conditions related to determining the amount of petrol that must be injected. The provision of that information can be either analytical or digital signals. Examples of sensors that send data in analog form are mass airflow and Throttle Position Sensor (TPS).


The following is the difference EFI and carburetor system when the car engine temperature is cold and during acceleration.


In the carburetor system, the petrol supply when the car engine is cold will be regulated by minimizing the amount of air intake.

Meanwhile, the tilt arm is driven by throttle valve acceleration, and then the gasoline will come out through the pump jet toward the venture.


In the EFI system, fuel supply when the engine is cold will be determined by the ECU (Electronic Contro Unit) based on information from engine operating temperature conditions and the value of air pressure at the intake manifold.


The fuel supply during the engine accelerates regulated by the ECU based on information on the amount of air flowing through the intake manifold measured by the airflow meter. From this data, the ECU will instruct the injector to add gasoline to be injected.


In EFI type D, the measurement of air entering the intake manifold is carried out by a vacuum sensor.


The pressure value in the intake manifold is used as information for the ECU. Also, it used as a determinant of the amount of gasoline to be injected.


In EFI type L, the value of air entering the intake manifold is measured using airflow meter, is used as information for the ECU as a determinant of the amount of petrol to be injected.


The following are Electric Fuel Injection components and their functions.


Fuel pumps commonly used on engines with EFI systems are electric gas pumps that function to suck fuel from the tank and press it into the fuel system.


Electronic Control Unit is a component of the fuel system that receives electrical signals from sensors. Furthermore, the sensor is processed into a command line to the actuator.

The ECU gets the mains supply from the battery and is forwarded to the sensor and actuator. The voltage value is adjusted to the capacity of the sensor or actuator.

Explanation of ECU Parts and their functions


Data Link Connector is a collection of codes to facilitate the detection of work from sensors or actuators. DLC is applied to all vehicles with EFI systems as a connector to diagnose the working system through certain software. To detect it manually is by jumpers codes with other codes under the manual book of each vehicle or brand of the car.


If the fuel mixture is excessive, change the variable resistor by turning the adjusting screw with SST clockwise. Meanwhile, if the adjusting bolt is turned counter-clockwise, it indicates that the fuel is too lean.


The throttle sensor will detect the amount of gas valve opening. The movement of the gas valve will move the slider or friction arm, which affects the value of the resistance. The ECU will determine the quantity of gasoline that will be injected based on this information.


Idle speed control is fitted on the lower part of the throttle chamber and serves to regulate the amount of air given at idle rotation. The ECU only operates the ISC valve to make idle ups and provide feedback to achieve the idling rotation target.


The injector is one part of the fuel system so that a homogeneous mixing process between air and fuel becomes possible. Injectors have plungers that can open or close fuel lines.

Based on instructions from the ECU engine, the solenoid controls the work of the plunger. More fuel will come out if the plunger holding time is longer and vice versa. The settings for the excess fuel mixture, lean, and injection time depend on the signal sent by the ECU engine.


The cam angle sensor is mounted on the upper side of the cylinder head to detect any change in the cam angle movement. The sensor will notice changes in the camshaft angle associated with the inlet valve. Furthermore, the signal is considered by the ECU to start fuel injection or end it.


Crank Angle Sensor will detect engine speed and piston location of every cylinder.

The cooling water sensor is linked to the ECU engine, which provides a 5 Volt power source voltage to the sensor via a resistor from the THA / THW terminal.

When the resistance value changes according to changes in the temperature of the cooling water, the potential at the THA / THW terminal will also change. Following these signals, the ECU changes the fuel injection volume to maintain engine performance during operation.


The knocking sensor will detect the symptoms of knocking on the engine because if it takes place in the combustor, the ECU will set the ignition more forward or backward to eliminate knocking.

According to the Fuel Spray Area

In contrast, indirect injection: The fuel is not instantly injected into the combustor but through the intake manifold.


According to the Fuel Spraying Rhythm


The simultaneous spraying rhythm means that the gasoline is injected into the firing chamber continuously. Or in other words, fuel spraying does not take into account the working conditions of the engine. Spraying simultaneously on all cylinders per one crankshaft rotation (360 degrees).

In the spraying rhythm of the grouping model, petrol is injected into the burning chamber continuously following the cylinder group.
Fuel spray takes into account the condition of the engine working steps. Spraying simultaneously on all cylinders every 720 degrees or two full rotations of the crankshaft.

In the sequential spraying rhythm, gasoline is injected into the combustor continuously following FO (Firing Order). Fuel spray takes into account the working conditions of the engine and simultaneously on all cylinders every two crankshaft turns (720 degrees).


According to the Fuel Spraying Service


In this model, fuel spraying will be done by an injector that is in the intake manifold before the throttle valve. The injected fuel will be sucked in according to the work of each cylinder engine. One injector serves all cylinders, and this is almost the same as a conventional fuel system.


The point of spraying fuel is in each inlet into the cylinder. Thus, the efficiency of fuel intake per cylinder is better.


Based on the construction of the control system, the EFI system is divided into:


In this system, the fuel-injected occurs mechanically, where the throttle valve movement will regulate the amount of air needed by the engine and move the lever. Then the lever pushes the fuel gauge lever to determine the amount of fuel to be injected.


The electronic, mechanical fuel injection system has an electronic regulating system called the electronic control unit. The control system is limited only at the time of injection. Concurrently, the quantity of fuel that must be injected will be determined by the mechanical movement of the fuel control arm (mixture control unit).


EFI is a system of supplying fuel requirements where the amount and time of supply are regulated electronically by the ECU engine. The ECU engine will process data informed from sensors and will be taken into consideration to determine the time and amount of fuel that must be injected.