Drum Brake VS Disc Brake, Which Is Better?

Facebook Twitter
Brakes are a vital vehicle component because they function to stop or reduce speed. There are several types of brakes, but the most common and often used in non-commercial vehicles is drums and discs. This time, we will discuss some of the advantages and disadvantages of both.

The drum type consists of main parts such as brake drums, brake shoes, and wheel cylinders as a unit to reduce vehicle speed.

Usually, the type of drum brakes on the front, and rear wheels of the vehicle are not the same. The reason is the difference in power received by the front and rear wheels.

For more details, the following is a picture of parts of drum brakes.


How the drum brake works

Once you know the drum brake components, you should also know how it works. 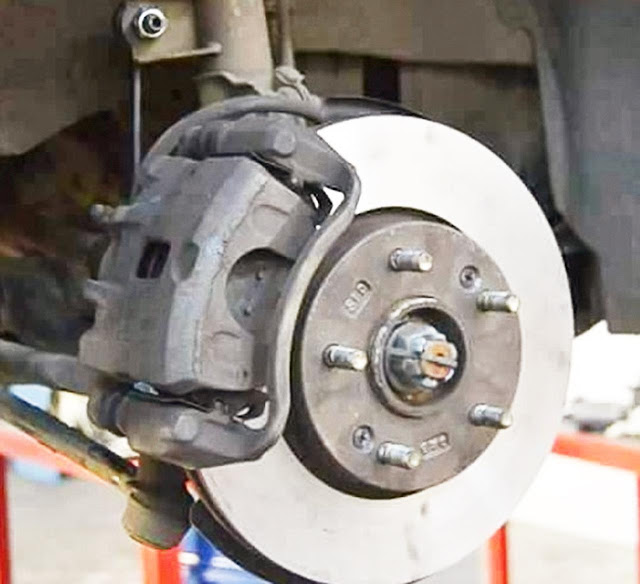 When the brake lever is pulled, or the brake pedal is pressed, there will be movement in the drum brake component system, which results in friction between the drum and the brake pad. Furthermore, the piston will compress the brake pad and cause a strong friction force to stop the drum rotation. Also, the return spring will stretch to the maximum.

In case the brake lever is released, the return spring will set the brake pad to its initial position. Thus the friction between the pad and drum brake will not occur, and the vehicle drove back to normal.

Pros and Cons of Drum Brake

The advantage of drum brakes is being able to work optimally when the vehicle is supporting heavy transport loads. Therefore, drum brakes remain the choice for small and medium-class commercial vehicles. For example, it is used on pickup cars, transport cars, minibusses, etc.

While the drawback is the use of a closed braking system that causes accumulation of residual particles and dirt due to friction in the drum chamber. Also, less practical because you need to disassemble the house from drum brakes to clean the components or replace the pad.

Disc brakes have a more modern mechanism and maximum traction than the drum.
The braking process occurs when the disc is clamped by a caliper. Also, there is a pad that is moved by the piston. Disc brake components are numerous, such as the disc brake caliper, pad, rotor, piston, brake fluid, and brake hose.

How the disc brake works

The following is the working mechanism of the disc brake.

In case the brake pedal is stepped on, the brake fluid pressure will push the piston into the brake beam. Then the brake pad will clamp disc discs that blend with the axle and follow the wheel rotation of the vehicle.

When the brake pedal is released, the two pistons are returned to their original position by the sil contained in the brake beam automatically.

Pros and Cons of Disc Brake

Thus the explanation of disc brakes with drum brakes. Actually, both do not have different functions. But obviously, the disc brakes will be superior to drum brakes because it is more efficient and has better air circulation. Therefore most of today's modern cars use a disc braking system on the front or rear wheels.
Facebook Twitter